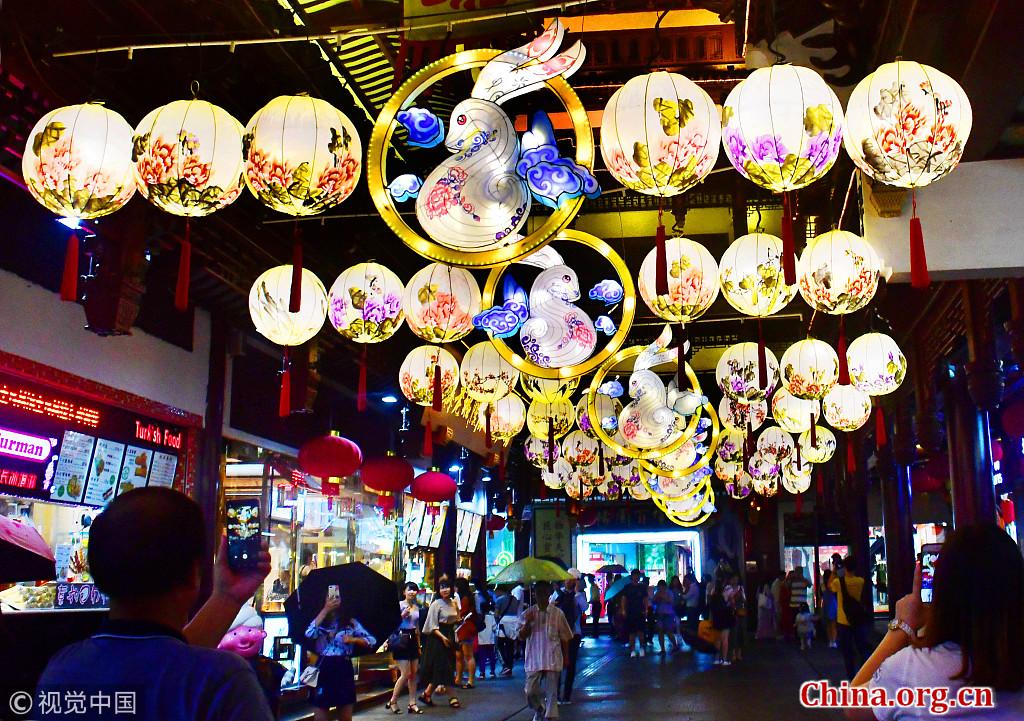 The Mid-Autumn Festival is just around the corner. It is one of the most popular festivals in China, with shops filled with decorative lanterns and moon cakes.

It is celebrated on the 15th day of the 8th lunar month, but usually falls in the month of September according to the Gregorian calendar.

The origin of Mid-Autumn Festival

The festival has its origin in the era of the Shang Dynasty (1600-1046 BCE) when Chinese people started celebrating the harvest time at a time of the Autumn full moon. However, it only became popular during the early Tang Dynasty (618-907).

The tradition of eating moon-cakes was added during the Yuan Dynasty (1271-1368), and gained further momentum during the reign of Thu Hangzhou, first emperor of the Ming Dynasty (1368-1644).

There are many fascinating tales associated with the event, including woodman Wu Gang chopping the cherry bay tree, the story of the Jade Rabbit etc.

However, the most popular is the tale of the Hou Yi and his beautiful wife Chang E. According to the legend, once upon a time, ten suns rose together in the sky, and all the crops dried out because of the blistering heat.

This caused great discomfort to people and forced them to live close to starvation and acute poverty. Hou Yi became deeply distressed by this abysmal situation, and, in order to save his people, he climbed to the summit of Unlucky Mountain where, with the utmost courage and strength of his bow, he killed nine of the suns.

He then ordered the last sun to rise and set in a natural pattern. People started praising him for his great deed, many becoming his disciples and learning the art of fighting from him. Among his disciples was a man named Peng Meng.

Hou Yi had a beautiful wife named Chang E. On his way to the Unlucky mountaintop, he met the Empress of Heaven Wang Mu, who offered him an elixir. She told Hou Yi that whoever drank it would turn into an immortal and become part of the sky.

However, Hou Yi loved Chang E too much to leave her alone and so gave her the elixir for safe-keeping. Peng Meng accidentally came to know the secret of the elixir. One day, he found an opportunity to sneak into Chang E's room.

Realizing his ill intentions, Chang E drank it herself and immediately flew into the sky. Hou Yi tried to reach to the sky to bring back his wife, but to no avail.

At last, tired of trying, he kept all the favorite fruits and incense sticks of Chang E under the moon and turned it into a ceremony in the memory of his beloved wife. People started following their hero and this is how the ceremony became a festival.

Customs associated with the Mid-Autumn Festival

The most common tradition is to eat moon-cakes. In the past, people used to bake moon-cakes at homes; however, nowadays, moon-cakes are readily available in all the supermarkets.

The festival day usually starts with the family reunion (usually three generations). Families spend the time cooking and eating lunch and dinner together.

In the evening, people like to go to open spaces such as gardens etc. to admire the beauty of the full moon, which is the biggest and the brightest on that day. The families pray to the full moon for their happiness and harmony.

Some people also use beautiful lanterns to decorate their homes and outside spaces. There is also a tradition of giving red envelopes usually containing money to elders and young family members as a mark of blessing for a prosperous and happy life.

These days, people can give red envelops online to their family members.

Another popular but less traditional way of celebrating the festival is by going out for a travel. Chinese people use this holiday to travel to the nearby locations in order to take a break from their work routine and get rejuvenated.

With the changing times and the progress of society, the way of celebration might change, but the positive spirit and the happiness that the Mid-Autumn festival and the full moon bring are truly divine and revitalizing.

Rachana Gupta is a China Focus columnist, an expert author of Ezine Articles and an active blogger and poetry writer.